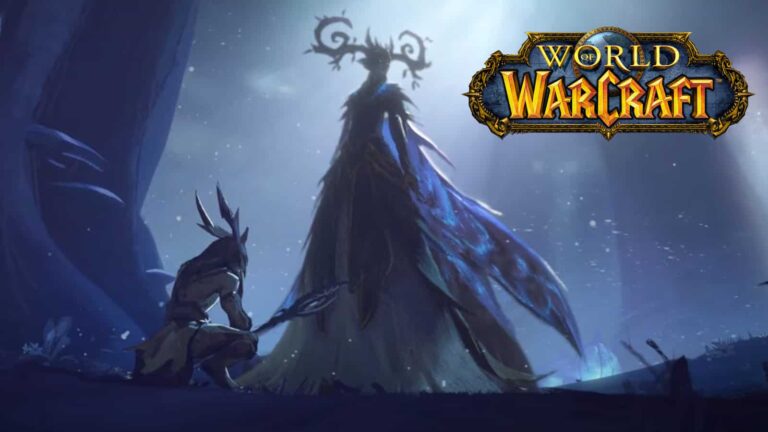 World of Warcraft is not only an addicting game but also a great chance to earn the fame for the persistent player. Rare items are often associated with long-term farming, but there are simply no other ways to get such a coveted reward.

Taking possession of a rare item and adding it to your collection means attracting the attention of not only friends but also foes. Watching the use of exclusive mounts and artefacts is a sheer pleasure, which should not be deprived of due to lack of necessary knowledge. Let’s find out more about them together with Buy-boost.com

Initially, the item could be obtained immediately after selecting the corresponding character, but after one of the updates, the artefact became unavailable. Today, you can only get the desired item in your collection from another player. It is also possible to purchase it by paying about 100 thousand gold coins.

The jacket looks untidy as if it was received after a battle with a troll and not out of the kindness of the developers. Despite the fact that the item has no peculiarities, the excitement around the rare collectible remains at a high level.

When the item first appeared in the game, no one would guess its current status as a rare specimen. This is not to say that the Multicolored Sword attracted the attention of players before the release of the next update. The item remained little known even at the very peak of its appearance in the arena.

This one-handed weapon doesn’t have a high level, and it turned out to be impossible to pump it. It is difficult to judge now what led to the rise in popularity of the Sword, but the recognizable design is definitely not the reason. It is possible to recognize the rarest artefact by the rainbow glow but it has no other value.

The hunt for the rare blade is carried out by fans of transmogrification, who confidently and for a long time are looking for the coveted specimen in the market and in the equipment of other players. It is impossible to get it in the original way (from a rare Stranglethorn monster) today. You can buy the Multicolored Sword for 500 thousand gold coins.

Another rare type of weapon was the reason for a real hunt. The problem is that after the update, it’s not longer possible to get this item but you should take the opportunity and find an old warlock. When the classes were colorful, the process for getting the Xorothian Firestick consisted of:

Today, only those who were able to find the warlock will be able to take advantage of the chance and get the Firestick. The player had to participate in quests and summon the aforementioned boss. Repeating the call will allow you to re-win and replenish the collection with the rare item.

This vehicle is so rare that it is no longer in the game itself. It was possible to get the coveted mount only once, but the subsequent sale of the account led to the removal of the Mechanostrider from the list of available items. However, this didn’t affect the popularity of the rare animal.

The appearance of the green vehicle was caused by an error. According to the legend, the GM presented a previously inaccessible animal to a random player, who removed a rare mount from his bag. The error wasn’t discovered immediately, so the rightful owner was able to advertise his battle “friend”.

Everyone’s attention was focused on the mysterious player called Neshe. The lack of distinctive skills and special abilities didn’t affect the popularity. A rare form of riding vehicle remains inaccessible and desirable. Players have to wait for the next GM error to get the Mechanostrider.

Collectors have started paying attention to this mount not only due to its unusual color. The thing is that many owners of mount collections dream of getting this one. The difficulty of completing the task is beyond doubt, since the chance of getting it is extremely low.

You can get the Serpent as a reward after defeating the Sha of Anger. Wanna try your luck? Go to Pandaria and make some effort. However, one has to take into account that the chance of getting it is equal to 1 in 8 billion attempts.

In order for the farming of the animal to bring any results, you will have to spend not hours or days but years on it. There are no other options for getting the Onyx Serpent. Among the regular players, there are legends that the attacks of the Sha of Anger by different game characters don’t bring results.

You still can get the Rocket today, but you have to try very hard. The offer is relevant only one day a year, so players have to be very quick to complete the task. Many collectors of unusual vehicles want to use this only chance.

Such strict conditions are fully justified. The rare opportunity to get the Rocket reward is the main reason for its popularity. The love rush is associated with a rich gameplay that allows you to get any desired item in pink colors.

The chance of a vehicle falling out is driving players crazy. The probability of becoming a lucky owner of the item is 1 in 3333 attempts. The general madness that is timed to coincide with Valentine’s Day remains real to this day.

Users of online services help to find like-minded people and start farming rare items. One of the biggest representatives is the site. It offers help for newbies and experienced players, so everyone gets what they want.

Supporting users in their endeavors allows them to achieve their goals and get the desired item for their collection. The rarest items may remain inaccessible, but this doesn’t interfere with the increasing the number of artefacts in your character’s bag.