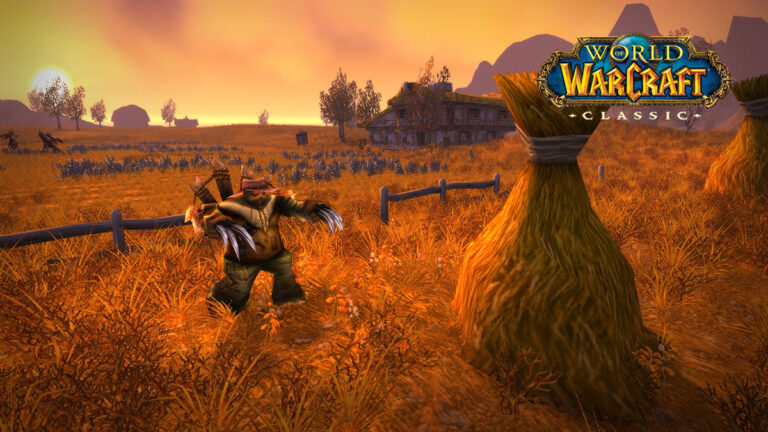 World of Warcraft is without any doubt one of the most popular MMORPGs out there and the popularity isn’t fading away any time soon.

This is the ever-changing, ever-expanding game that if you try it once it will draw you inside so hard and so deep that you will not stand a chance. I was the one that evaded playing this game for so long, for reasons I can’t think of for the life of me, and when I tried it for the first time, it was love at first sight. It sucks you in its world so hard and so deep that you, kind of, grow with the game.

Playing these games makes you be something that you aren’t but in a good way. Yes, it has some instances where it throws you completely of your mind and makes you turn into a Hulk that just wants to smash, but most of the time it is fun. A part of that fun comes from you doing quests, levelling up and acquiring better and better loot that will make you be able to last longer without dying and breaking your monitor.

Today we will try and teach you all how to level up faster in WoW Classic. We have all been there where we wondered how in God’s name can some people level up so fast?! Well this article today, will explain that and help you do the same with the help of https://buy-boost.com/wow/wow-raid-boost.

Before we start let’s just make a short statement – The class you choose does not affect the level up to speed at any point. You should always choose the class you like and chose it that suits your playstyle – PVE or PVP. You should also consider choosing a class that will be of bigger help in the late game.

Now there is a consensus that Hunter, Mage and Warlock are the holy levelling trio and we will tell you why.

Hunter is great for solo players because of its high efficiency and power in the early game, it is great for farming mobs and can easily solo elite enemies.

Warlock is a close second because it has the same abilities as Hunter but slightly worse, it is a bit hard to master.

Mage is also strong but heavily relies on AOE farming in remote areas, it suffers from a problem where the population may decrease grinding efficiency and it takes time to learn to AOE grind effectively.

Now let’s dive into how you can level up faster!

This is the most obvious way of levelling up and here the game guides you into what you need to be doing. You have a linear progression from quest hub to quest hub where you get XP and XP bonus when you complete quests and kill mobs. Now several players used only this method to reach level 60 in a short while, but some problems with it destroy your XP/hour. The biggest problem here is the travel time from objective to objective, but if you are smart you can aid yourself there as well by choosing the Hunter and speeding yourself up a bit until you get the mount.

In classic WoW some classes are better at solo levelling than others, as we mentioned, and they are the Hunter and the Mage. Here it is imperative to kill as many mobs as possible to grind faster and these two classes are just built for this. Mage when levelled up correctly can kill a vast amount of mobs pretty fast without dying. We all saw pretty much of these Mages AOE large packs of mobs by themselves. With the right level and tinkering your mage can get you 20-30k XP/h in mid-level grinding which is not bad at all.

By now this type of boosting your XP is kind of a meta thing you can do. The process of clearing dungeons and repeating that process over and over again by resetting the instance and just repeating it is the way to earn some good XP fast. Now for those that never did or don’t know what Dungeon Cleaves are – they are a specific group composition that is designed to kill the mobs the fastest way. They go into dungeons and sometimes not necessary to complete a quest but to kill trash mobs inside for that sweet XP.

Now the term Power levelling is something that is a bit on the shady side of the game because it means that you are paying someone to log into your account and do some kind of weird activity that is against the TOS. Well, partially this is true. There is a legal way though to buy levels in the game which isn’t against the TOS of WoW. That thing is selling dungeon groups where you can have a level 60 Mage that will ask 3-5 gold per run, where once he joins your group he will do all the AOE grinding and yes, you will get XP while in this group. Since the XP you get per mob is the calculated average level of your group, and considering that there will be just one level 60 character you can still get a vast majority of the XP. With this method, you can expect around 70k XP/h which is insane if you are just starting.

After all said and done, we believe that the best way of levelling up is putting some time into it. Yes, there are methods of doing it easier and without much hassle but think about it this way – if you level up quickly without doing hard work then you are losing a lot of experience you would gain when trying and failing.

There is some charm in having to work for that level 60 that everyone is after and if you simply jump to it in a day or two you might get bored quickly, you might stop playing after some time and you will lose some valuable experience and fun along the way. If you have to then it is OK to utilize some of these tips but try and minimize them, and maximize the time in the game whilst having fun!