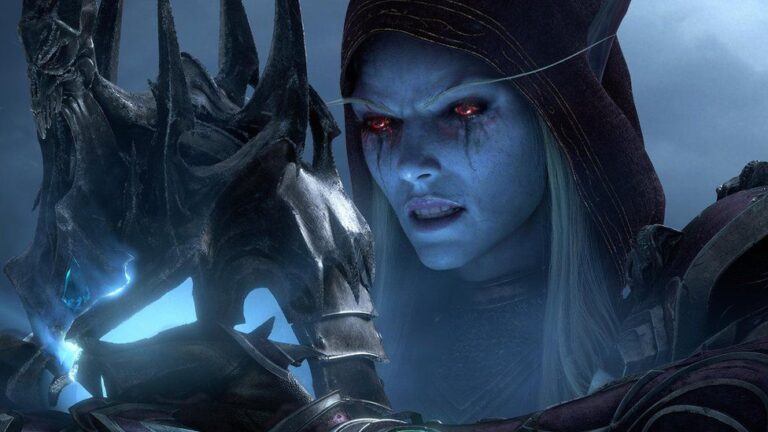 World of Warcraft is one of the rare video games that managed to remain popular for almost two decades. The main reason why so many people are obsessed with this title is the fact that there were many expansions throughout the years.

Therefore, it is an ongoing story of the amazing world where the main focus is on building a character by resolving various quests, forming groups, going to raids, and much more. The most recent expansion is called Shadowlands. If you are new to this game, we suggest you learn more about Warcraft. You could start by playing Shadowlands, but it would be much more interesting to get back to some previous stories.

There are different classes in the game, such as hunters, mages, druids, rogues, and more. Each one of these has a specific set of skills, which leads to different requirements when it comes to upgrades. You will have to complete missions and farm to collect gold and various items so you can level up and improve the gear of your hero. There is also an excellent solution to buy some boosts. If you are interested in this option visit https://buy-boost.com/wow

Moreover, if you enjoyed playing this game since the beginning, but you were not acting as a player for a long time, there is a special edition called WoW Classic, where you can start over with the first campaign, but with improved graphics and gameplay. After that, there are 8 expansions available, and each one of them has a unique story. According to the players, there are some differences related to how interesting these sequels are. Still, we think that the best option is to start playing them chronologically.

This was the first big update that many players greeted with excitement, especially because the Illidan became one of the characters. The changes are related to two new classes introduced, Dranei and Blood Elves. Also, the map has been extended with a new area. The main story is the battle of the united Alliance and Horde against Legion, led by the legendary Illidan. The expansion was introduced in 2007.

Wrath of the Lich King

According to most players, this legendary expansion represents the best update Blizzard ever introduced. The most iconic character in the Warcraft universe is The Lich King, and he became part of the WoW with this patch. Besides, you could choose a new class, the Dead Knight. Also, new territory is added to the world. The main story is the war against The Scourge that is trying to conquer Azeroth.

When it comes to the number of changes involved in a single expansion, the Cataclysm represents the biggest one. There were two new races available, Worgen and Goblin, along with new territories, Gilneas, Maelstrom, and Twilight Highlands. The focus of this patch is on dragons, especially on Deathwing, one of the iconic characters in the Warcraft universe. Besides that, you will have to deal with Firerold Ragnaros, one of the strongest elementals.

As the name suggests, the new race became part of this world, the Pandaren, with classes for both Alliance and the Horde. The most interesting in this patch is the story where Alliance and Horde stopped being enemies. The war in this mystic land started because Pandarians became divided between two sides. It represents a great story, and new players should not miss it.

The story continues with orcs being the main focus. The new territory is added by this patch, Draenor. Also, another legendary figure appears in Warlords of Draenor, the Garosh. The story is about the warlock Gul’dan and his attempt to conquer the orcs. The most interesting part is related to the comeback of some legendary figures besides Garosh, especially Thrall, who decides to step away from his role as being a leader of the Horde when they defend against the Scourge.

In this sequel, the main story is about demons and how they managed to enter the Azeroth with the portal. The mission is to defeat the evil warlock and summon Illidan from death. There are two new areas as well, The Broken Isles and Argus. Also, you will find out more about the beginnings of the universe and how Titans are the strongest beings. One of them, Pantheon, saved the world by imprisoning the evil Titan Sargeras.

This is a huge expansion, with many new races and territories added. The story is about the renewed conflict between the Horde and Alliance caused by Sylvanna, who betrays the horde by killing Saurfang. Also, the interesting part is where she manages to defeat the current Lich King, and destroys the legendary helmet.

There are no updates related to new races or classes. while only one new territory is added. What makes this patch unique is the part where players find out about the almighty creatures that are more powerful than Titans, the First Ones. Also, the story behind the conquest of Shadowlands is about the demons who are trying to bring all the souls to Maw, which is similar to Hell.

Besides the big expansions, Blizzard often introduces smaller updates where players can enjoy various new or old features. For example, the Tower Mage challenge will be available again with the next update. If you never played WoW before, you could start with the most recent expansion. However, you will miss a lot of interesting stories, quests, and many other things.

The Warcraft Universe is huge, and previous expansions are the only way to learn more about the Gods, classes, races, territories, and other parts of the game. Also, we don’t know yet how the whole story ends. The next expansion will be released in 2023. Until then, you have enough time to pass all the missions from the previous parts. The average time to complete each of these expansions is around 20 hours. On the other hand, you can always spend more time while exploring the worlds.