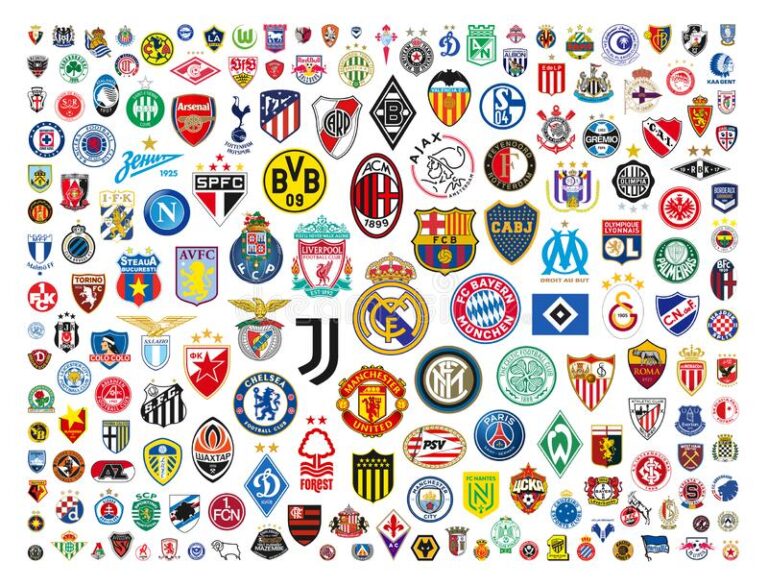 What are the most popular football clubs in the world? This question has been asked countless times and, depending on the personal standpoint, there have been various kinds of answers and claims. However, no one has yet managed to find an acceptable unit of measurement for determining the popularity of football clubs.

What do you think are the most popular football clubs in the world? By what criteria would you judge? Think about it as you read about our selection and share your opinion and favorites in the comments below.

Real Madrid is the world’s richest club with a long history, and is also the most successful football team in the world, winning 92 trophies, including the highest number of European titles (UEFA Champions League, 13) and La Liga titles (domestic championship in Spain, 34).

Real Madrid have over 200 million followers on social networks of which more than 100 million are solely on Instagram. The sale of jerseys brings them an income of about € 1.2 million a year, while numerous sponsorship agreements worth up to € 140 million euros a year prove that ‘The Whites’ are deservedly the most popular football club in the world.

The club from Catalonia is one of the most successful football clubs in the world in the last 10 years. Barcelona won the Champions League three times in that period and absolutely dominated the Spanish La Liga, winning several combined titles in the domestic championship and the Cup.

Neymar, Suárez, and Messi – these three most talented strikers in the world – have contributed to the popularity of this incredibly respected club in recent years – the latter did so in, at least, the last 15 years.

Manchester United, the most majestic club in England, is one of the most popular teams in the world. A survey conducted by the club itself a few years ago showed that the ‘Red Devils’ have over 650 million fans worldwide, and recent reports say that the number has jumped to as much as 750 million!

Alex Ferguson played a key role in building the success of this club. Since his arrival as coach of Man United in 1986, they have doubled the number of titles in the Premier League and Champions League.

The number of 145 million fans around the world clearly shows us why this club from London is on our list of the most popular football clubs in the world. Since Russian billionaire Roman Abramovich took over the club, its successes have not stopped.

Chelsea have won 5 Premier League titles since 2004, 2 in the Champions League and the Europa League apiece, and a lot of domestic trophies, which contributed to the growth of the club’s popularity and the number of fans worldwide.

Juventus have achieved a huge increase in the number of fans in recent years, which jumped by as much as 50 % on Twitter and 30 % on Facebook.

Winning the Italian football championship (Serie A) four times in a row (from 2016 to 2023) helped them become the most memorable and most popular Italian team in the world.

Bayern Munich had the biggest jump in popularity compared to last year. The German giants have been constantly winning the domestic league – Bundesliga – for the last 9 years, which makes them one of the most popular clubs in the world.

With 45 million fans worldwide, over 62 million followers on social networks, and total revenue of 3.8 billion euros, the ‘Bavarians’ are by all standards the global giants. On top of that, this club has almost 300,000 official members. Short and clear – they nailed it!

Although it was founded only in 1970, this club has a rich history dating back to the beginning of the century. With the arrival of “Qatar Sports Investments” in 2011, a new time, a new era, seemed to have arrived for this club.

Arsenal is one of the biggest-ever clubs in English football and the most successful club in London. They have over 62 million followers on social media and 125 million fans worldwide. The club is estimated at over £ 1.8 billion with a revenue of £ 386 million.

When you add up all these numbers, it is clear to you why many consider the ‘Gunners’ one of the most popular football clubs in the world.

Liverpool have always enjoyed an extremely loyal fan base, and the recent engagement of the charismatic German Jürgen Klopp as the club’s manager – 6 years ago – has only increased the team’s popularity worldwide.

With over 100 million fans across the world and a club value of £ 1.7 billion, the club from the city where the Beatles have set off their globally famous music career is the most successful club in English football, especially measuring this with trophies in the Euro Cups – Liverpool have won the Champions League 6 times, most of all English clubs.

Manchester City is an extremely popular club in the Premier League, as well as around the world, but which acquired that recognition only in the last decade. The club, under the baton of Pep Guardiola, won 3 domestic championship titles along with the title in the F.A. Cup (national cup) in 2019.

The number of fans who follow this club is growing at a dizzying speed, and it is expected that it will soon overtake Liverpool in terms of popularity.

The most popular football clubs in the world also attract bettors to put their money on them at online bookmakers around the world (among which, of course, there are those that offer up-to-date payment methods and can be found here), believing in their qualities.

What is certain is that no one will be able to deny that the above-mentioned clubs are the best in the world for a long time.