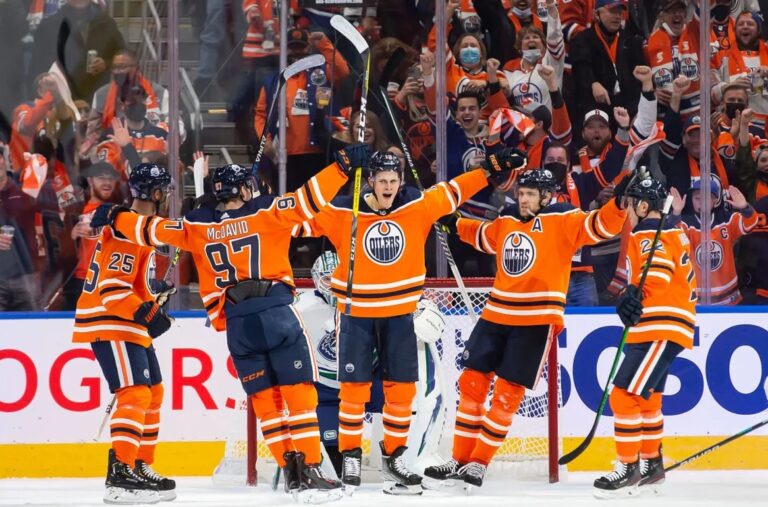 The 254th regular season meeting between the Edmonton Oilers and Calgary Flames could be one of the most important Battle of Alberta match-ups of recent times. There is no love lost between these two teams and Saturday’s clash at Rogers Place has the potential to be a fiery encounter. Both teams are in the bottom half of the Pacific Division right now, although they could close the gap on the top teams if they win their games in hand.

The Flames are better placed to achieve the feat, with just six points separating them from the table-topping Vegas Golden Knights. While the Oilers are currently four points adrift of the Flames, they could halve the deficit if they beat the Florida Panthers on Thursday. According to Betway, the Oilers are likely to have their work cut out, with the Panthers listed at odds of 1.90 to claim victory in Edmonton. A win against the Panthers would undoubtedly provide the perfect platform for the Oilers to turn around their fortunes. We take a closer look at the latest state of play.

Oilers on the crest of a slump

The Oilers went into their most recent game against the Ottawa Senators as heavy favorites to get their season back on track. They led 3-1 at the end of the second period against the NHL’s 30th-ranked team. Under normal circumstances that would be job done. However, the Oilers somehow contrived to concede five goals in the final 20 minutes to slip to an embarrassing 6-4 defeat.

Edmonton captain Connor McDavid was lost for words at the end of the game, while head coach David Tippett was unable to offer any explanation. The defeat was all the more concerning given that the Oilers went into this season expecting to mount a serious challenge for the Stanley Cup. They posted a 16-5-0 record during the early part of the season to race to the top of the Western Conference on December 1 but things have gone pear-shaped since then.

A 2-10-2 record in their last 14 games has seen the Oilers tumble down to seventh place in the competitive Pacific Division. Any thoughts of claiming top spot look fanciful and qualifying for the play-offs will become increasingly difficult if the Oilers fail to bounce back soon. Reports that Monday’s practice session was a feisty affair sent out a positive vibe, but the team must take this ethic into games and quickly.

McDavid and top-pair defenceman Darnell Nurse were at the forefront of the session and the fans will hope they continue to lead by example. A big concern for the Oilers at the moment is McDavid’s form, with the 25-year-old bagging just one assist since the turn of the year. By contrast, he netted five goals and 11 assists in 11 appearances during December and the Oilers need him rediscover his touch soon.

Nerves on show in Edmonton

While McDavid and Nurse attempted to bring some positivity to proceedings, it appears not everyone on the Oilers’ roster has read the memo. Leon Draisaitl cannot be faulted for his efforts on the ice after notching 54 points in 35 appearances in the NHL this season. However, his snippy attitude in a press conference earlier this week suggests that nerves are beginning to fray in Edmonton. When asked to expand by a local reporter on a short answer to a question, Draisaitl took exception to being placed under scrutiny. His mood wasn’t helped when the reporter bit back to spark a heated exchange that went on for far too long. Given how things are going in Edmonton the fans have a right to know how the team plan to fix their issues. Draisaitl would do well to remember that.

If the Oilers are to take anything from their upcoming games against the Panthers and Flames, they need to start on the front foot. The Oilers have conceded the first goal 25 times in 35 outings this term – the worst record in the NHL. This issue simply cannot continue. Oilers general manager Ken Holland has never fired a coach during the season, but he may well decide to act if Tippett fails to turn things around.

Goaltending has been an issue for the Oilers, with Mike Smith struggling to stay fit and Mikko Koskinen unable to handle a heavy workload. With a defensive unit that lacks a little depth and the team too reliant on McDavid and Draisaitl for points, things are far from rosy in Edmonton. On that basis, it is imperative for the Oilers to come out of the blocks quickly if they are to take anything from the next couple of games.

Flames the ideal opponents for a kick-start

Regardless of how the Oilers fare against the Panthers on Thursday, the upcoming Battle of Alberta offers them the ideal opportunity to get back on track. They highlighted their ability to dominate the Flames back in October, recording an impressive 5-2 road victory in Calgary. McDavid netted his 11th career hat-trick in that game to take his tally to 26 goals and 43 points in 31 career outings against the Flames.

A repeat performance this weekend would demonstrate that McDavid and the Oilers have what it takes to put their miserable run behind them. While the historical head-to-head favours Calgary– 126 wins and 18 draws in 253 games – that should count for little this weekend. If the Oilers pick up four points from their next two matches, they would be well placed to kick on during the second half of the season. With 47 regular season games still to play it is too early to write off their chances of winning the Pacific Division, but the comeback has to start now. If the Oilers fail to get the job done over the next few days, expect there to be plenty of talk about the futures of McDavid and Tippett.