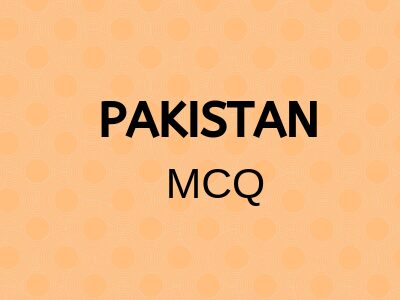 1. Who was the British Prime Minister at the time of the partition of India?

2. When was it announced that June 1948 had been determined as the date of withdrawal of British power from India?

3. Who was the Secretary of State for India at the time of partition in 1947?

5. When did Lord Mountbatten arrive in Delhi as new Viceroy of India?

8. When did Lord Mountbatten announce the partition plan?

9. Which party formed government in NWFP after the 1946 elections?

10. Who was the Chief Minister of NWFP after the elections of 1946?

11. When was a Partition Council set up in Center and in Bengal and Punjab?

12. When was the Indian Independence Bill moved in the British Parliament?

13. When was the Indian Independence Bill passed by the British Parliament and became an Act?

14. When did Mountbatten address the Constituent Assembly of Pakistan?

15. What is the exact time of the creation of Pakistan?

16. At what time it was announced on Radio that at midnight the State of Pakistan will come into being?

One minute before midnight

17. Who first time announced in English “This is Pakistan Broadcasting Service” at the time of the creation of Pakistan?

18. Who first time announced in Urdu “This is Pakistan Broadcasting Service” at the time of the creation of Pakistan?

19. When did Egypt announce its recognition of the new State of Pakistan?

20. When did Pakistan apply for membership of UNO?

21. Who were the members of the Steering Committee of the Partition Council in the Center?

22. Apart from partition Council how many expert committees were formed to cover the whole field of administration?

23. When did the Pakistan Assembly pass the resolution for changing the name of West Punjab to Punjab?

24. What is the estimated number of people who migrated on a partition of India in 1947?

8,500,000 (dubbed as “largest migration in history” by Information office Delhi).

25. What was the name of the force set up on partition to maintain law and order in the disputed areas?

26. When did the Joint Defence Council for India and Pakistan decide to abolish the Punjab Boundary Force?

27. On 3rd September 1947, Prime Ministers of India and Pakistan meet in a conference in Lahore. What was the agenda of the conference?

Restoration of Law and Order and Protection of Refugees.

30. Who was the Supreme Commander of the Indian Armed Forces at the time of partition?

31. A Joint Defence Council was set up to supervise the division of armed forces and military stores and equipment. Who was its Chairman?

32. Who were other members of the Joint Defence Council?

Field Marshal Lord Auchinleck and two representatives of the India and Pakistan.

33. Who represented Pakistan in the Joint Defence Council meeting held in August 1947 in Delhi?

34. The Joint Defence Council had to complete its task by March 31, 1948, but when was it abolished?

35. According to Mountbatten what was “the most difficult letter” that he had to “ever to write” in his life?

The letter he wrote to Auchinleck regarding abolishing the Joint Defence Council under pressure from his Indian cabinet.

36. Under the Partition agreement how many Sherman tanks were to be given to Pakistan?

37. How many Sherman tanks were actually given to Pakistan?

38. Where was the Inter-Dominion Defence Secretaries Conference held on May 3, 1948?

40. How much from the Cash balance was demanded by Pakistan?

41. According to a financial agreement between both the countries reached in December 1947, what was the share of Pakistan from the cash balance?

42. How much of Pakistan’s share was actually paid after the intervention of Gandhi?

43. When was it announced that Jinnah would be the Governor General of Pakistan?

44. Who was the last Governor of undivided Punjab?

46. When did Liaquat Ali Khan move in the Constituent Assembly that the title of “Quaid-e-Azam” be used for Jinnah in official correspondence?

47. Who was the Finance Minister in the first cabinet of the Dominion of Pakistan?

48. When was Jinnah’s name read in Khutaba at the Pakistan colony mosque by the Sindh Education Minister Pir Illahi Bukhsh?

49. When was it announced that Jinnah would act as Legal Guide to the Assembly in drafting the Constitution?

50. When was the announcement made from Delhi for setting up a Constituent Assembly for Pakistan?