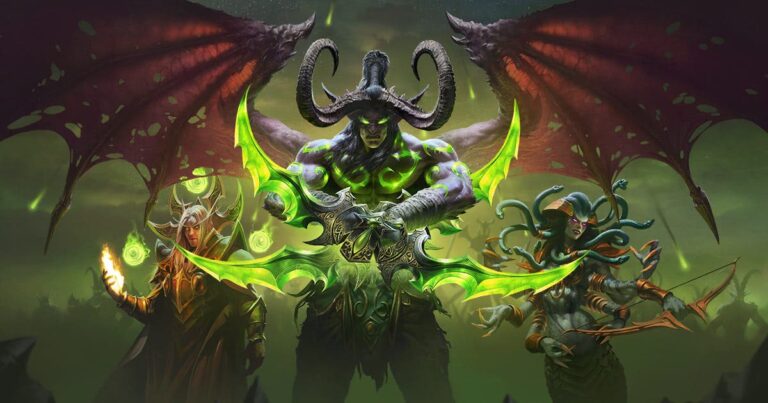 The classic dungeon levels in World of Warcraft: Burning Crusade aren’t immediately visible, but it’s something to keep in mind as you travel across the Outlands. Each of the 15 new dungeon types caters to a specific level range, providing players with important loot and experience points. Dungeons are one of the quickest ways to level 70 in Burning Crusade Classic; thus, they’re well worth your time.

Raids were one of the shining lights of World of Warcraft in its early years. Designed by players and fans of big-group activity from previous games like Everquest 2, Burning Crusade followed in the footsteps of Classic in developing large-group content. However, the raids are not as massive as their Classic counterparts but still counts as a fascinating part of the game.

Running dungeons and raiding is fun, and to master both of them, you will need to keep a few things in mind. Read on to know more.

Players who want to raid in The Burning Crusade once they reach level 70 must begin the attunement process at level 60. It is linked to gaining rep with specific factions, and there are several stages to follow. These are proportional to the character’s rank and reputation with various groups.

To progress in the raid attunement process, players must accomplish several activities at each level. It’s understandable if that sounds complex. All of this isn’t easy to keep track of, so having an add-on to assist you simplifies the process. It’s either that or you will have to jot down everything.

In any RPG, including MMORPGs like World of Warcraft, picking the proper class to fit your playstyle is one of the essential decisions you’ll have to make. Because you can’t alter your class in WoW in the middle of the game, it’s critical to consider all the options before choosing the character. There are a total of nine classes in the Burning Crusade Classic, each with numerous specs to pick from. It can be daunting when you have so many options, especially if you’re a novice, but don’t fear; this article will make a class selection in WoW simple to understand.

The role you want to play in a team is the first thing you should consider before choosing a class. Some classes can play many roles, while others are limited to only one. The characters in WoW are comparable to those seen in other MMORPGs, such as Tank, Healer, and DPS, with melee and ranged options. Class selection in WoW TBC gets a lot easier once you’ve determined which character you would like to play as.

3. Know About The Difficulty Level Of Raids

The Burning Crusade features Heroic dungeons, which are challenging versions that require level 70 and decent gear to complete. Heroics are not as simple to obtain as they are in the modern World of Warcraft. The entrances to each are locked and can only be opened with special keys that each team member must have. These keys can be purchased from reputation vendors after achieving a revered reputation with the dominant faction of the zone in which the dungeon is located. It’s a long process, but it’s worthwhile because heroic dungeons can drop far more powerful loot than lower-level versions.

Simple questions like “Are you ready?” can go a long way. In World of Warcraft: Burning Crusade, relying on other players when playing in a Dungeon or even in the open world is a massive game element. Communication is always a significant factor in achieving success. If you’re not sure, ask the group if they’re ready, if they need to drink, or if they want you to pick up the pace. Sometimes groups like to move quickly, going from pull to pull a little faster. Ask your group if there is anything they want you to do differently as a Tank if you want to create a positive impression!

Dungeons are significantly more efficient than questing since they yield more excellent experience and guaranteed item drops, typically superior to questing gear. However, you’ll need a responsible squad of five individuals who are prepared to devote time to running the same dungeons over and over again for several hours.

Because dungeons are less forgiving than quests, all team members must be committed to completing the dungeon or a series of dungeons. Recruiting trustworthy people can take a lot of time, whether it’s through chat channels or just waiting.

If you do not want to invest a lot of time to boost the level, you can simply hire boost and carry services. Visit https://buy-boost.com/wow to know more.

6.Learn How To Grind

Grinding is described as selecting a zone with mystical game creatures and killing them frequently for the purpose of gaining experience. Grinding can be an effective way to acquire knowledge while moving between zones, as the experience gained from grinding might sometimes outweigh the expertise gained through questing. You’ll want to select decent zones with enemies that you can frequently kill with little to no downtime when grinding.

When it is unnecessary to camp out in one location for several hours to kill the same types of opponents or creatures as you travel to complete quests, it is a reasonable practice to keep while leveling. Given that journey time consumes most of the time when gaining experience, balancing some of the travel time with some grinding can be advantageous. You’ll be able to enter higher-level zones and accomplish higher-level tasks more quickly if you grind efficiently between quests.

If you have played WoW before, it is plenty of time to explore the Outland’s beauties and horrors. We hope you have picked up the tips you need to excel at dungeons and raid in World of Warcraft: Burning Crusade. Make sure you implement these tips appropriately and enhance your gaming experience to complete the most challenges in the least time.