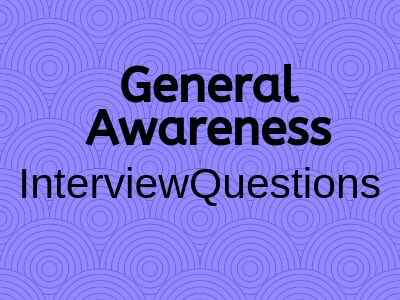 1. ………. Temple is a Buddhist temple located in Nanjing, Jiangsu province in China.

2. ………… set up the Mahatma Gandhi Sewa Ashram to rehabilitate dacoits and was awarded the Rajiv Gandhi National Sadbhavana Award in 2003.

6. The professional body representing horticulturists in Great Britain and Ireland is the Institute of Horticulture (IOH).

8. The Saraswati Samman for outstanding prose or poetry literary works in any Indian language was instituted in 1991 by the ……..

9. Digital Subscriber Loop is a technology that provides Internet access by transmitting digital data over the wires of a local telephone network.

10. Which of the following is a horticulture crop in India?

2. Market Economy Status was given to Vietnam by …………

4. A hard drive is a non-volatile storage.

5. Libya’s Airbus jet crashed when it tried to land in Tripoli, killing 103 people on board, most of the dutch. An 8-year-old Dutch boy was the sole survivor.

6. …………. refers to a low power mode for electronic devices such as computers, televisions, and remote controlled devices.

7. An additional interest rate is given on retail domestic term deposits of ……….

1. In monopolistic conditions, marketing and selling are very important in order to earn higher profits.

2. Market ………….. is dividing the market into groups of individual markets with similar wants or needs that a company divides into distinct groups which have distinct needs, wants, behavior.

3. The ………………… The dam is a gravity dam currently under construction on the Brahmaputra River in the Tibet Autonomous Region of China.

4. …………… were the first formal institutions established to provide credit to rural India

5. The Nationalist Socialist Council of Nagaland (NSCN) is a Naga nationalist extremist group operating in Northeast India. The main aim of the organization is to establish a sovereign state ……………

7. The practice of building ties to customers based on a salesperson’s attention and commitment to customer needs over time is

10. …………………… recently tied up with ICICI Bank for launching its Mobile Payment Services.

1. Nokia’s mobile map services in the Indian market is known as …………

2. …………. operates in 20 countries across South Asia, Africa, and the Channel Islands. In 2010, it acquired the African operations of Kuwait based Zain Telecom.

3. Penguin Books has tied up …………….. for release of its books at the latter’s selected cafes across the country.

4 ………………. become the Chief Minister of a State in India third time consecutively.

5 …………….. was an Indian independence activist and political leader, remembered especially for leading the opposition to Indira Gandhi in the 1970s. The airport of Patna is also named after him.

8. …………. remained under the President’s rule under President Pranab Mukherjee from 18 January,2013.

10. Which of the following is/was not an Airline in India

3. Which of the following city is not in Punjab.

4. …………. also categorized as a wetland, is the largest freshwater lake in Kerala,

6. In the 2009 general elections, the Congress party emerged as the single largest party (in the Lok Sabha) with ………. of its candidates getting elected to the 543-member house.

7. A Union Territory, unlike the states of India, which have their own elected governments, is ruled directly by the …………………

10. In 1966, during Indian states reorganization, the Lakshadweep islands were organized into a separate union territory for administrative purposes.

2. The India Today (an Indian English language weekly magazine) was established in ………, by VV Purie owner of Thompson Press.

3. Indira Gandhi was the ………. Prime Minister of India.

4. S. H. Kapadia was sworn in as the Chief Justice of India by the President Pratibha Patil on ……….

7. Manmohan Singh is the only Prime Minister since Jawaharlal Nehru to return to power after completing a full five-year term.

8. …………. is one of the architects of the Rs 1 per kg rice scheme announced by the Kiran Kumar Reddy government recently, in Andhra Pradesh.

9. In contrast with a state’s Vidhan Sabha (Legislative Assembly), the Legislative Council is a permanent body and can be dissolved.

10. ………., a senior Congress MLA, won as MLA in the last 2009 general elections in a tough contest by defeating his once aide turned rival Putta Madhu of the erstwhile Praja Rajyam Party (PRP) by a margin of over 13000 votes.

4. Jamshedpur is the first planned industrial city of India, founded by the late ……….. It is also known as Steel City or TataNagar.

5. ……………. was conferred with Arjuna Award, India’s second highest sporting award in the year 2012 by President of India Pranab Mukherjee.

6. Indian Oil Corporation Limited, or IndianOil, is an Indian …….. oil and gas corporation with its headquarters in New Delhi.

2. National Bank for Agriculture and Rural Development (NABARD) is an apex development bank in India having headquarters based in ………..

3. The RBI is not a member bank of the Asian Clearing Union.

4. Notable coal-mining areas in India include:

5. ……………. is the 22nd and current Governor of Reserve Bank of India, serving under Prime Minister Manmohan Singh.

A) S. Jagannathan
B) M. M layer
C) Duvvuri Subbarao
D) None of Above

6. …………was the second Chief Minister of West Bengal in India

7. The concept of IITs was first introduced in a report in the year 1945 by …………., then a member of Education on Viceroy’s Executive Council.

8. Nabha was founded by the great-grandson of Paul in …….

9. ……….. is an Indian self-taught artist, famous for building the Rock Garden of Chandigarh.

10. Bombay Stock Exchange commonly referred to as the BSE is a stock exchange located on Dalal Street, Mumbai, India. It is the ……. largest stock exchange in the world by market capitalization.

1. Which of the following is the Sarala Puraskar awardee:

3. ……… is a third generation “Fire-and-forget” anti-tank missile developed in India by the Defence Research and Development Organisation.

4. ………. is a Hindu folk–the deity of Rajasthan in India. He was a Rajput ruler of the fourteenth century, said to have miraculous powers who devoted his life for the upliftment of poor people of the society, and revivalism of Hinduism (which were marginalized by invaders).

5. ………. is a city and a municipality located in Jaisalmer district in India. It served as the test site for India’s first underground nuclear weapon detonation.

7. The postal service is under the ……………., which is part of the Ministry of Communications and Information Technology of the Government of India.

8. ……………………… would give an opportunity to the income tax/ wealth tax defaulters to disclose their undisclosed income at the prevailing tax rates. This scheme was launched on June 18, 1997

9. The …………….. of India is an authority, established by the Constitution of India under Chapter V, who audits all receipts and expenditure of the Government of India and the state governments.

10. Who among the following was chief ‘justice of India and was also the sixth Vice-President of India?

2. A ……… is a written document prepared by police organizations in Bangladesh, India, Pakistan, and Japan when they receive information about the commission of a cognizable offense.

4. Sunil Gavaskar held the record of 34 Test centuries for almost two decades before it was broken by ………. in December 2005.

8. ………… was the Parliamentary Affairs Minister of India in the government of Prime Minister Manmohan Singh until October 27, 2005, when he was appointed as the Chief Minister of Jammu and Kashmir.

9. The …………………… Party is a state political party in Jammu and Kashmir (founded in 1999) by the former Union Home Minister, Mufti Mohammed Sayeed.

200. The Vice President of India is the second-highest office in India, after the President.