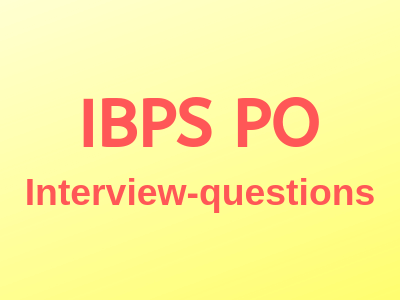 2. What do you mean by subprime lending?
Mass lending by commercial banks to the borrowers without ascertaining the credit worthiness of the borrowers

3. What is meant by LPG and who is responsible for the introduction of LPG strategy in our country?
LPG means liberalization, privatization, and globalization and this was coined by Dr. Manmohan Singh, the then finance minister of our country. The salient highlights of the Liberalisation, Privatisation and Globalisation Policy in India are: Foreign Technology Agreements; Foreign Investment; MRTP Act, 1969 (Amended); Industrial Licensing; Deregulation Beginning of privatization; Opportunities for overseas trade; Steps to regulate inflation; Tax reforms; Abolition of License -Permit Raj

4. What do you mean by PURA?
PURA means providing urban amenities in rural areas. This concept was coined by Dr. A.P.J. Abdul Kalam, the then president of India.

5. What do you know by the current ratio?
It is one equation between current assets and current liabilities. This ratio provides the liquidity position of the organization. When the ratio is more than one it is known as positive current ratio and the unit is having sufficient working capital and when it is less than one, the unit is found to have more current liabilities than current assets and the liquidity position is found to be very weak.

9. Who is called as an authorized dealer?
An authorised dealer is at present is known as authorized person. An authorised person is an individual or organization permitted to deal in foreign exchange business in the country.

10. What do you know by financial inclusion?
Financial inclusion means the following: Providing formal banking services to poor people in urban and rural areas; Promoting the habit of money savings, insurance, pension-investment among poor people; Helping the people in getting loans at reasonable rates from commercial banks
so that they do not become victims to local moneylenders

12. What do you mean by MCLR?
MCLR replaces the base rate system. RBI introduced the system with effect from 1.4.216 in order to determine the base rate by commercial to improve the efficiency of monetary policy transmission. All rupee loans sanctioned and credit limits renewed with effect from 1.4.216 to be priced with reference to MCLR and it will be an internal benchmark for the banks. It consists of the marginal cost of funds, negative carry on account of CRR, operating costs and tenor premium. The marginal cost of funds consists of two components namely; the marginal cost of borrowings and return on networth

14. What are the differences between NEFT and RTGS?
Both are two categories of online remittance facilities through CBS enabled branches of commercial banks. The minimum balance that can be sent through RTGS is Rupees two lakhs whereas, in the case of NEFT, there is no such limit. The beneficiary gets his funds at real time and it means instantaneously without any loss of time. In the case of the beneficiary gets his funds in between batches

20. What are the differences between NRE and FCNR?

21. What do you know by PIN number?
The PIN number is four digit number expressed in numerical characters. A PIN number is used for the transactions done using debit cards and credit cards through automated teller machines and point of sale terminals.

23. What are the functions of DICGC?
DICGC means Deposit Insurance and Credit Guarantee Corporation and this corporation provides deposit insurance upto a number of Rupees one lakh per depositor per bank in the event of insolvency of the bank and it also provides small loans guarantee upto certain limits

24. What is the role played by ECGC?
ECGC provides guarantee support to the exporters of the country in the form of several export guarantees

26. What do you mean by Mergers and what are the different kinds of mergers?
When two independent units merge together to form a single unit, it is known as a merger. The mergers can be vertical merger, horizontal merger, reverse merger, consolidation, amalgamation, etc.,

27. What do you mean by horizontal merger and reverse merger?
When the business functions of two units are identical in nature and when the merger takes place between those units, it is known as a horizontal merger. New Bank of India merged with Punjab National Bank and both are banking organizations. Industrial Credit and Investment Corporation of India Limited was instrumental in establishing ICICI bank as per LPG norms and subsequently Industrial Credit and Investment Corporation Limited merged with ICICI Bank and when a parent unit gets merged with an ancillary unit, it is known as a reverse merger.

29. Whether housing loan is a priority sector advance and if so, upto what amount?
Housing loans granted are treated as priority sector advances subject to certain conditions. Loans to individuals up to Rupees 28 lakh in metropolitan centers (with population of ten lakh and above) and loans up to Rupees 2 lakh in other centers for purchase/construction of a dwelling unit per family, are eligible to be considered as priority sector provided the overall cost of the dwelling unit in the metropolitan centre and at other centres does not exceed Rupees 35 lakh and Rupees 25 lakh, respectively. Housing loans to banks’ own employees are not eligible for classification under priority sector.

30. Whether an educational loan is a priority sector advance?
Loans to individuals for educational purposes including vocational courses upto Rupees 1 lakh irrespective of the sanctioned amount are eligible for classification under priority sector.

37. What are the criteria by which a bank is considered as a largest bank?
For the purpose of ranking, a bank is considered to be largest or smallest taking into consideration the business position of the bank; namely – the total deposits and total advances as at the end of March each year.

38. What do you mean by commercial paper?

39. What do you mean by FCNR?
FCNR means foreign currency nonresident accounts. Nonresident Indians and Persons of Indian origin are eligible to invest in this deposit. It is a term deposit accepted in the currencies – US dollar, Sterling Pound, Euro, Japanese Yen, Canadian dollar and Australian dollar. The minimum period of deposit is one year and the maximum period is five years and the deposit is held in foreign currencies and the interest earned is free from income tax.

40. What do you mean by Escheat?
He is a person who dies without leaving any legal heirs and in this case, his estate will revert to the state government.

41. What do you mean by an appraisal of gold loans?
Gold loans are granted against the security of gold jewelry namely gold chains, necklaces, etc., The jewelry apart from gold contains a certain amount of copper and stones. An appraiser is a person well versed in the art of appraising the jewelry and on the appraisal of the jewelry, he will be finding out the approximate gold content so that the bank may be able to provide loans against the gold content.

45. What do you mean by FERA?
FERA means foreign exchange regulations act and it came into effect from the year 1973. An act to regulate certain payments dealing in foreign exchange, securities, the import & export of currency and acquisition of immovable property by foreigners. Under Section 31 (1) of the Foreign Exchange Regulation Act ( FERA) of 1973, it is mandatory for foreign corporations, which are not incorporated in India to obtain permission from the Reserve Bank Of India (RBI) to acquire, hold, transfer or dispose off in any manner (expect by way of lease for a period not exceeding five years) any immovable property in India.

46. What do you mean by ECS?
ECS means electronic clearing service and the customer can authorize on a periodical basis to make payment of certain utility bills like electricity charges, water charges, etc., by debiting his account till such time he submits a revocation letter. Similarly, he can authorize corporate to credit the dividends on shares and interest on debentures as and when due to the credit of his account with the bank.

48. What is the maximum amount that can be remitted through NEFT?
There is no or maximum limit for remittances sent through NEFT

49. What is the maximum amount that can be sent abroad by any resident individual?
Under liberalized remittance scheme, all resident individuals including minors are allowed to freely remit an amount upto US dollars 250000 (or its equivalent freely convertible foreign currency) per financial year

52. What do you mean by the crossing of any cheque?
Writing of two parallel transverse lines drawn on the face of the cheque on top left-hand corner with or without any words between the lines is known as crossing and it is for the purpose of making payment of the cheque through an account in the name of the payee or holder.

54. What do you mean by CASA?
CASA means current and savings and this is applicable to computerized branches linked under core banking solution

56. What do you know by dividend?
The dividend is the return available in the form of money for the investments made by the shareholders in the equity shares and preference shares of any company.