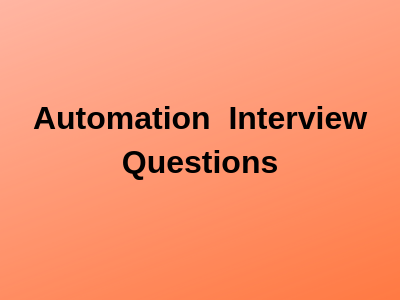 1. If an environment changes and an automated task doesn’t work, then what?
If there’s any “hot button” issue with it, it’s that of change, and how systems that are brought in can handle and keep up with it. When it comes to back end systems changing, automation software is ready to respond in several ways. First of all, robust automation software has error-handling mechanisms built-in, to catch these issues when they arise. It’s very easy to build logic into the system for scenarios when you want the system to react in a certain way. When systems and environments change, automation software also makes it possible to edit scripts easily without having to re-write them or re-record automated tasks.

2. Does the tool identify processes to automate?
One of the first questions asked as people vet software is simply to ask “What can we automate?” There are two ways to answer this question.

3. How many different systems can this interact/work with?
Automation software that uses front-end automation allows you to interact with virtually any type of system since no back-end coding is necessary. And yes, that includes the legacy, dinosaur-status LOB systems too.

4.  How accurate is this?
Accuracy, being paramount in terms of importance for IT teams, will absolutely come up in your conversations about automation software. Automation software, at its core, answers this question since it’s the main purpose is to save time, reduce costs, and reduce human error. There’s a saying that “Automation never takes a vacation,” and it’s true. Many tasks and processes can run constantly without fail or fatigue. Should errors arise, the system sets off the alarm bells and lets you know right away, preventing you from wasting time or money on an error might have slipped through the cracks and negatively affected you down the line.

5. How do we control task creation?
There are plenty of ways to keep automation from spiraling out of control (or handing the ability to create tasks to novices and then having to step in and intervene anyway). Among the options are: