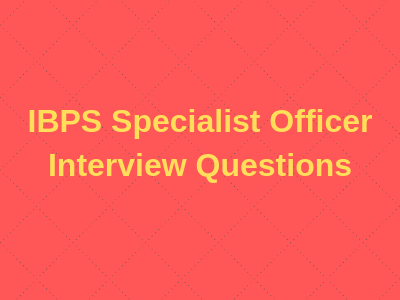 1. What do you mean by a guarantee?
The guarantee is an undertaking executed by one person called as guarantor in favor of another person called as beneficiary expressing his intention to make payment in the event of failure of the principal debtor on payment of a debt or failure to perform any contract within the stipulated time or according to the terms of the contract.

3. What do you mean by letter of credit?
Letter of credit is an undertaking executed by one banker on behalf of its customer to honor bills and documents drawn by another person as per the terms and conditions as mentioned in the letter of credit

4. What do you know by packing credit advance?
It is the pre-shipment advance granted by one bank to the exporter for the purpose of procuring raw materials; payment of various duties like customs duty, excise duty; packing charges; shipment charges, etc.,

5. What do you mean by special crossing?
In case the name of any bank is mentioned within the two parallel lines, it is known as special crossing and in this case, the payment should be made to the account of the payee or holder with the bank mentioned in the crossing only and not to any other bank.

8. Who is called a natural guardian?
Bother mother and father are known as natural guardian for the purpose of opening accounts in the name of minors represented by the guardian.

10. Which type of credit facility is available to a farmer for raising crops?
For raising crops, the farmers are provided with crop loans, Kisan Credit Cards, etc.,

12. What do you mean by Gram Sadak Yojana?

13. What are the salient features of MGNREGA?

15. What is meant by an IPO?
IPO means initial public offer and this is the first time public offer of equity shares, preference shares or debentures to the public for subscription

16. What is meant by ASBA?
ASBA means applications supported by blocked amount. Nowadays investors are permitted to remit the amount through ASBA demand drafts drawn in ASBA accounts for the purpose of subscribing shares or debentures through an initial public offer and further public offer. When the demand draft is issued, instead of debiting the amount in the account, the amount is blocked until such time the shares or debentures are allotted. On allotment, the entire amount is debited; in the case of partial allotment, the amount is debited equivalent to the value of allotment and in the case of nonallotment, the entire amount is allowed for further use. For the intervening period, the depositor earns interest as applicable to the category of deposits.

18. What do you mean by packing credit facility issued by any commercial bank?
Packing guarantee is known as pre-shipment advance provided by the commercial bank to the exporter for the purpose of procuring raw materials, packing materials or making a payment towards customers duty, excise duty, transportation charges, etc.,

19. What do you mean by notice money?
Notice money is money borrowed for a period of two days and more and up to fourteen days in the call money market.