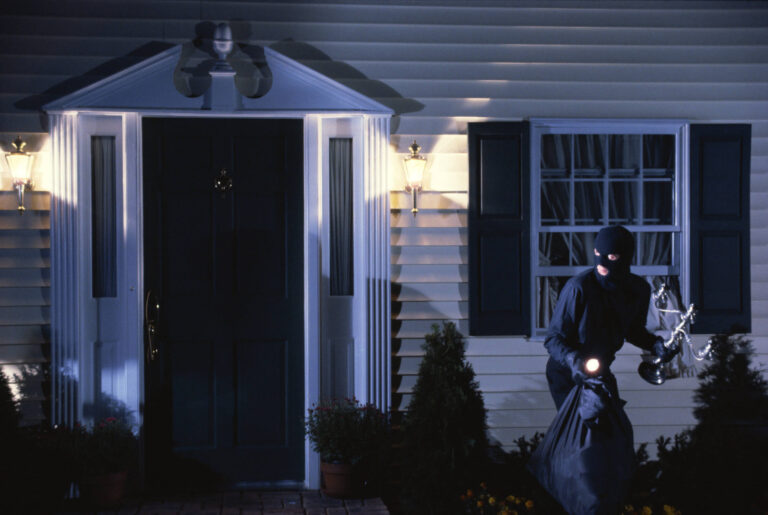 Imagine coming home at the end of the day to discover that your home has been burglarized. Anyone who is ever lived through the experience can tell you just how devastating it is. From the victim’s point of view, burglary is less about theft and more about the invasion of what was supposed to be a secure and safe place. Some burglary victims do not recover peace of mind for years.

If you have never been victimized, count yourself fortunate. However, do not assume that burglars will never target your home. Assume they will. With that assumption in mind, do everything you can to make life hard on them. That is the best way to keep them away.

The Hartford insurance company published a great post detailing five things burglars don’t want homeowners to know. While the post was originally published in 2016, it was updated again in 2023. It offers a lot of helpful information that is as relevant today as it was when the piece was first put together.

A small portion of the post discussed ways to make it harder for burglars to get into your home. Here are just some of their suggestions:

If you have heard it once, you’ve heard it a million times: home security systems deter burglary. It turns out that such assertions are not mere marketing ploys. They are actually true. Numerous studies over the years have proven that burglars are more likely to avoid homes they know are armed with security systems. The reasoning is simple: they do not want to get caught.

A home security system monitored by professionals increases a burglar’s risk big time. Why take the chance when so many homes are not protected by security systems? A burglar who sees that your home is protected will move on to an easier target.

By the way, don’t waste your time with fake lawn signs and window decals. Burglars shop online at the same websites you use. They can spot fakes pretty easily. Moreover, breaching a door or window and not hearing an alarm tells a burglar your home really isn’t protected. They will just continue on.

A good home security system comes with at least a couple of wireless cameras. Here’s the thing: don’t mount the cameras out of sight. Your goal isn’t to catch thieves in the act, it’s to deter them from even trying to break in. Visible cameras work wonders in that regard.

Though most burglaries occur during the daylight hours, evening and overnight burglaries are not completely unheard of. A good weapon to thwart these types of burglaries is motion-activated lights. Now, the goal here is not simply to scare away burglars. It is also to temporarily blind them.

Imagine a burglar approaching your home when their movement activates three separate floodlights all cascading blinding light down on them. That light will blind them just enough to cause them to reconsider. Even five or 10 seconds for their eyes to adjust is too much time. After all, the lighting might wake you up and have you looking out the window before the burglar has time to recover.

As a side note, Vivint says programmable smart lighting can further deter burglars by making them unsure of their choice to target your home. If they don’t know whether someone is home, burglars might second-guess their decisions.

Common sense dictates that burglars attempt to enter through a first-floor entry point. They do not carry around ladders or climb trees as a general rule. Knowing this, you can make it harder for burglars to get into your home by installing heavy-duty deadbolt locks on all first-floor doors.

A deadbolt doesn’t necessarily guarantee a burglar will not make forced entry, but it will make forced entry a lot harder. That is the goal here. The harder you make it for burglars to do what they do, the greater the chances that you will not be successfully victimized. Deadbolts are an easy way to get an edge.

Likewise, factory-installed window locks aren’t much better than factory-installed door locks. You can buy anti-burglary locks at most hardware stores and DIY security outlets. They are pretty cheap and easy to install.

According to The Hartford, some burglars really do take the time to case out potential targets. One of the things they look for is an obstructed street view. The harder a house is to see from the street, the more attractive it is as a target. So what’s the solution? Maintain a good street view.

Any trees or shrubs that block the view of your home from the street should be trimmed accordingly. Any landscaping elements that cannot be trimmed are good candidates for removal. If there is anything on the porch that blocks the view of the front door, see what you can do about moving it.

6. Get Together with Your Neighbors

Finally, one of the most underutilized weapons in the fight against property crime is a group of cooperative neighbors. Burglars bank on the fact that few people are paying attention to what they do. They target neighborhoods where homeowners barely know one another. You and your neighbors can get the upper hand by changing that.

When you all work together to keep an eye on things, you make it harder for burglars to do what they do. A burglar who knows the entire neighborhood is watching will not take the risk. It is not worth it. Remember, the key to preventing burglary is to make it as hard as possible to pull off.