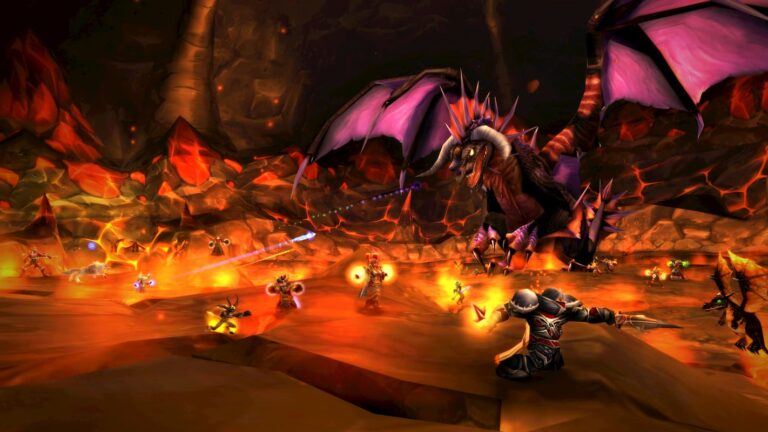 Is there a more famous MMORPG than World of Warcraft? Everyone knows about it even those that don’t like and don’t play it. Why? Well with such a big user and fan base one of your friends is likely playing this game pretty much non-stop.

The game is developed by Blizzard Entertainment and was released in 2004. It is set in a fantasy universe and it takes place in the world called Azeroth. When it comes to these types of games (meaning MMORPG) they work on the same mechanic – create a character avatar and explore the world. You have to explore, get experience, fight, collect resources and grind your way up.

Now, to grind your way up and obtain epic weapons, mounts and everything else you need gold. The quest for gold in this game is an entire problem by itself but today we have a treat for you. We will list the best farming locations for gold, so you can sit back and relax and not worry about this for a while. To be honest gold for WoW can be obtained by farming or buying. If you want WoW classic gold easily, or if you want to buy WoW classic gold then try Mywowgold.com.

So without any more further due here are the best farming spots for gold!

This farm is open for everybody and there you can farm essences of water which usually sells for a decent amount, and can be used for a decent amount of things on your server. What you do is go there and farm the toxic water which has a decent chance of dropping essences of water. Another thing you can do there is killing Iron Tree Stompers which will drop a reagent that is used for argent dawn reputation. This place is really easy to farm with two mobs that are weak and easy to kill and they are right next to each other. Don’t always expect an easy time there because many know about this and you might get some competition. If that happens you can easily move to the next location.

Yes, the next location that will allow you to easily farm gold is Winterspring. As soon as you land there you can start farming the e’Kos. What you need to know is that all e’Kos are going to be worth a decent amount so this farm does pay off. A good thing is to check your Auction House and see which one is the best for you to farm, meaning where you can draw the biggest profit. On some servers, Chill Wind e’Kos were and can go for 6-7 gold per pop. If this isn’t the case on your server then there is another option – Winterfall village. Here you will find Winterfall e’Kos. These are cool because they have a chance of dropping the Winterfall Firewater which is also worth gold, but the price will vary from server to server. Do check the northern side of Winterspring, if you are having problems finding a spawning site for these e’Kos, because you will find a ton of these there.

Here in Silithus there are three things you can do and the first one is the Encrypted Twilight Text. This will drop all those twilight cultist thingies (forgot the actual name sorry) and there are three spots with camps and those are located in the top right of the Silithus, middle left and bottom left. These Encrypted Twilight Text will also help you achieve some reputation but be careful because they are in demand so check out your auction house once again. If you are having problems, check out the northern side of Silithus and you will find the second thing that can be done here and it is Dust Stormers. These guys are cool because they drop Essences of Air which you can use for enchantments and stuff, just like Essences of Water we already mentioned. The third thing is the sandworm meat. Now if you are on a quest for easy gold then this is something you can’t miss out on. Go for Dredge Strikers that spawn all over North of Silithus. Sandworm meat has a decent drop rate and it is used for a great buff that people are still using to progress or to farm.

Now here are two farms that are your big ticket for gold. The items farmed here are going for a few hundred golds which is a huge step from our previous ones. The crusader recipe is something you will farm from Scarlet Spellbinders and one is on the path leading into the Hearthglen, while the other can be found in the tower leading to Hearthglen. You will find a bunch of mobs down at the bottom and even more at the top. Now you should know that each one of them has a very low chance, but they have a chance of dropping a Crusader Recipe which shouldn’t go beneath 600 gold at any time. Directly East on the Spell Binder tower you will find the Weeping cave which is the best farm for Rouges because they have the ability to stealth around and pick up the mob one by one. What you are looking for here is the Rotting Behemoth and the Decaying Horrors. Everyone can do this farm but we mentioned Rouges because they can stealth around and pick what they want while everyone else must fight their way through.

The last big-ticket farm item that can be favored toward Rouges, but not necessarily because a lot of warriors can be seen here as well, is the Recipe Greater Shadow Protection Potion. It is awesome because you can farm it off the Dark Adepts and Dark Mages. These are very easy and have about a 1.6 drop rate and if you are lucky you just might end up with a bunch of these in this farming area. What is interesting is that this is not usually a farmed area which is great news for you. Again make sure to check out Auction House for the prices and see in which moment a certain thing is more profitable than others and do them in the order you like.