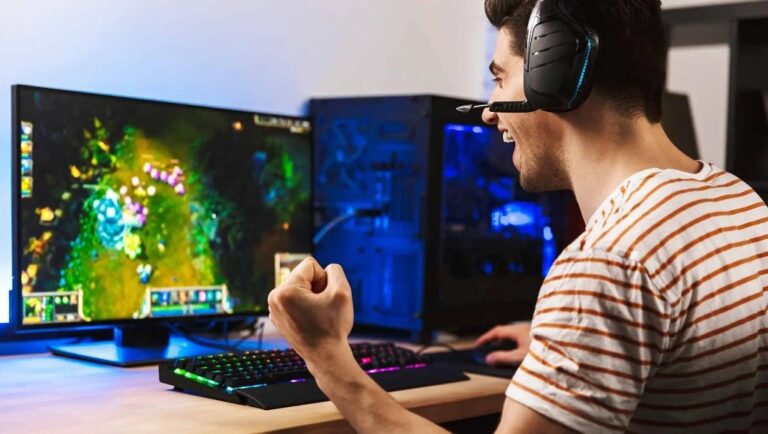 Getting into a new game can feel very imposing especially when it’s an MMO. These are known for their plentiful systems and options, leading to an overwhelming experience for first time players. Some enjoy learning the basics slowly but other players would rather jump into the higher tiers of play as soon as possible. Throughout these tips we’ll help you understand which aspects are important to become good MMO player no matter which MMO you are playing.

1. Get acquainted with roles the game has

The most important distinction made between characters in any MMO is the roles they play. While classes can fulfill different roles depending on the build, we’ll cover both of those later, once you fill a role that’s the obligation you are tied to for the current session or dungeon. There are usually three roles: damage dealer, tank, and healer. Some MMOs will have additional separation by roles but it’ll usually be just a more accurate distinction between the original three.

For example, instead of simply having a damage dealer as a role they’ll have it separated into physical and magical damage dealers which can both vary in utility depending on the situation. Playing a role you enjoy is important because it’s hard to get good at something you don’t enjoy doing. Even when you become skilled at that role you’ll still feel bored when playing if it’s not the desired role.

Learning roles will help you pick one that suits your playstyle the most and prepare you for other choices. Make sure to check out the current state of the roles in the game right now to get an understanding of how they fit and function.

2. Learn what stats do

No matter which MMO you choose to play you’ll have to learn the stats it works with. Stats is short for statistics and it describes aspects of your character that directly affect gameplay. These can be straightforward like Armor stat reducing the damage you take or indirect like stats that affect the effectiveness of consumables.

Learning the stats is important for the sake of understanding which ones you need to focus on when building your character. It’s also something that will decide which items you need to acquire. The higher the stats the more effective you are at your role so it’s good to know the proper way to maximize the important ones. The way to increase stats can also differ between MMOs but the two key ways to become stronger is to level up and acquire better gear. Look up role and class specific guides that point out the most important stats.

After figuring out a role and which stats are important for the role it’s time to check out the available classes. These can vary greatly in their capabilities but they’ll always fit a role so orient your choices based on the role you most feel like playing. Depending on the MMO classes could have multiple paths they can follow to reinforce different roles or become more versatile.

For example, Shamans in World of Warcraft are capable of becoming potent healers if they focus on their Restoration skill path but they can also be damage dealers if they go Enhancement or Elemental paths. Pick a class you feel fits you the most. Some classes are more difficult to play because they require you to learn some elaborate combos to get the most out of their damage, healing, or tanking capabilities while others don’t need more than a few abilities to keep up with the rest of the squad.

Another thing to keep in mind is whether the class excels against players, a PvP class, or mobs, a PvE class. The PvP, player versus player, class is perfect for various game modes that focus on players fighting each other and usually have moves that are difficult for regular players to deal with on their lonesome. On the other hand, the PvE, Player versus Enemy, classes are potent when it comes to keeping non-player enemies at bay and melting dungeon bosses.

There can be overlap between them and picking a class that’s usually more potent for PvP as a PvE one won’t make your character useless but it’s good to know how potent your capabilities in any field will be.

The last part to worry about when picking a class is how easy they are to level up. Some MMOs have classes that are good or even great once they hit that level cap but have a tough time reaching it alone. This doesn’t impose any issues if you are playing with friends but it can hamper the amount of fun we are having when leveling up alone. Utilizing MMOBOOST.PRO can help you get past this downside of the class by boosting your character higher quickly.

4. Check out skill trees and abilities

Once a class has been selected it’s good to know their progression path in skills and new abilities. The skills, sometimes called talents, you unlock will affect the functionality of your abilities as well as the potency of your role. Some may be very boring but useful like giving you an increase in healing or damage while others are more about giving new features to existing abilities. Sometimes, these can even give us new abilities, providing new options for our character.

While the pool of starting abilities in any MMO is very unimpressive and usually gives only a glimpse of the real strengths of the class, it’s good to revise it regardless. After all, some of the basic abilities remain relevant even during the endgame. As we unlock more abilities, our playstyle becomes more apparent. The most important part of abilities is setting aside the most important ones and putting them onto the easiest to click buttons because you’ll be using them frequently. Reading and selecting correct items in the skill tree will also greatly impact the way you play so be wary.

Just like any other game with a cooperative element, MMOs have specific combinations that work the best. These combos will usually depend on the classes you have available. These can lead to devastating interactions, making our group composition work a lot better. If classes have buffs that can be applied at the same time without cancelling each other out they’ll work better together as they allow you to stack up bonuses, making the entire group more effective.

Each MMO has its own economy where the currency is used to buy crafting materials or new items. To get some of the materials, you’ll need to sell some of yours or auction off rare equipment you have. The more money you have the more items you can get and speed up finishing your item set. Acquiring in-game currency quickly will require your character to be capable of crafting items as well. This requires you to pick up a profession that will be profitable and leveling it up from the start of the game.

The more consistent you are with upgrading your crafting skills the more profit you’ll accumulate. By the time you reach endgame content, you should be able to create very pricey items with very little issue. Being capable of crafting useful items will make you more desirable by stronger guilds and dungeon groups, making it easier to find new players and allies. It also comes back to help, you can use mutual inventory from the guild to get some items you may need or organize a group to help you grind important crafting materials from a dungeon.