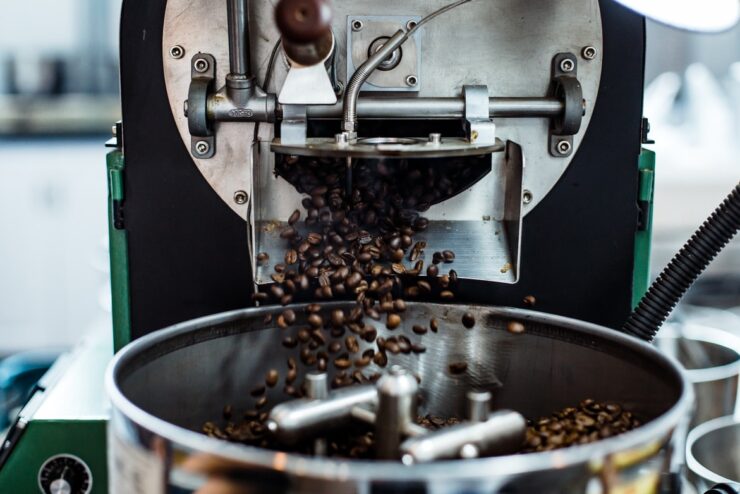 Some things like coffee, tea, etc. – might help you feel better, not only physically but also mentally. They are in the group of nootropics – a substance that supports the cognitive functions of the brain. So is caffeine from coffee nootropic as well? Spears are still being broken about this. However, one thing is for sure – coffee is considered a beverage that has certain nootropic properties. Find out in our 2021 guide whether nootropic coffee also contains caffeine.

Coffee: The Most Famous Nootropic Beverage

A lot of people, especially students, are searching for an easier method to improve their concentration, memory, or productivity. There is a specific class of drugs, supplements, and other substances called Nootropics – and their main property is that they can improve cognitive functions. This especially means memory, creativity, or motivation in healthy people. Certainly, nootropics can be both natural and artificial. By natural we mean those nootropics that are of plant origin, such as coffee. Coffee is actually the most famous nootropic beverage that was ever consumed.

Do You Drink Smart Coffee?

Most of the stimulating effect that coffee has on the brain – comes from caffeine. However, coffee also contains other ingredients, such as antioxidants – which can also have a positive effect on the brain. Several studies have confirmed that caffeine can improve concentration, alertness, reaction time, and memory. Still, you should not overdo it with caffeine because it also has some adverse effects. For example, blood pressure, heart rate, etc. Of course, this refers to consuming caffeine in large doses. Therefore, perhaps the best solution is to consume decaffeinated nootropic coffee.

There are many types of coffee today, but have you ever heard of nootropic coffee? If you didn’t know much about it by now, we’ll tell you that nootropic coffee is very rich in natural ingredients – and those that will give you extra energy throughout the day. You may have thought that you would achieve this effect with standard coffee, but that is not the case. With regular coffee, this energy effect usually stops with the cessation of the caffeine effect – which regular coffee has in excess. However, according to coffee-brewing-methods.com, you can look for alternatives, such as nootropic coffee. With nootropic coffee, that caffeine percentage can be standard – but it can also be so small that we can say that it is nootropic coffee without caffeine. Does it have an equal impact on us? Oh, yes – even better than you can imagine because nootropic coffee also contains some other natural substances that have a nootropic effect.

How Can Caffeinated Coffee Be Nootropic?

This is a question that many people ask – but it is possible. Namely, you will definitely find caffeine in coffee, which is nootropic itself. However, the excessive intake of caffeine can sometimes have negative effects on our health. This primarily refers to the increase in blood pressure, but also to heart problems, etc. That’s the reason why, in the era of “healthy living”, decaf coffee reached its popularity. Let’s go back to the nootropic effects though. How can coffee with a reduced amount of caffeine be nootropic? Simply, in combination with other natural nootropic substances. This primarily refers to some of the natural amino acids that we can take in with food – but there are not enough of them in food. These substances are, among others, Taurine, L-Theanine, etc. But what do we actually know about these natural nootropics? Here are some explanations.

Although reduced quantities can be found in so-called decaf nootropic coffee – caffeine is still present, because it is almost necessary. This substance is the most often used nootropic in the world, even though many people don’t even know about its nootropic features. It is mostly found in coffee, tea, and energy drinks. But it is also added to some medicines and supplements, as well as various drinks. Caffeine blocks adenosine receptors in the brain and prevents the need for sleep. It reduces the feeling of fatigue and increases the state of alertness and attention. However, one should be careful with the amount of caffeine during the day.

L-Theanine is an amino acid that is often found in tea – but can also be taken as a supplement and in combination with coffee. Several studies have shown that it has a greater sense of calm. Even smaller amounts can increase the appearance of alpha waves in the brain – which is associated with pronounced creativity. When it is in a combination with caffeine in a coffee – the positive effects will come to the surface even more.

This is another substance that you can consume in nootropic coffee. Creatine is actually an amino acid from which proteins are made in the body. It is already known to some people because it is often used by bodybuilders – since it stimulates muscle growth. However, creatine is also useful in terms of brain function. Namely, after consumption, it binds to phosphates and forms molecules that the brain uses to quickly increase the energy in its cells. This affects better short-term memory and comprehension. Some studies have shown that taking up to 5 grams of creatine a day has no negative effects.

Vegans who want to consume nootropic coffee often ask questions about this substance. Namely, taurine is of animal origin. However, taurine used in coffee or energy drinks is obtained synthetically – and as such has no animal origin. This means that even vegans can consume these drinks without any dilemma. Scientists believe that taurine has a significant effect on the cardiovascular system – which is the main reason for recommending the use of taurine supplements. The heart muscles are strengthened by the presence of taurine, which leads to improved overall activity. This effect is also observed in skeletal muscles – which results in increased capacity during physical exertion and improved physical abilities. Taurine activates certain receptors in the brain and stabilizes the effects of stimulation on the brain pathways in other substances, such as caffeine.

In short, nootropic coffee also contains substances that are a natural and harmless way to support the health and functioning of the brain. Most of them offer other proven health benefits, so we can say that nootropic coffee is recommended even as an element of a healthy diet and lifestyle.