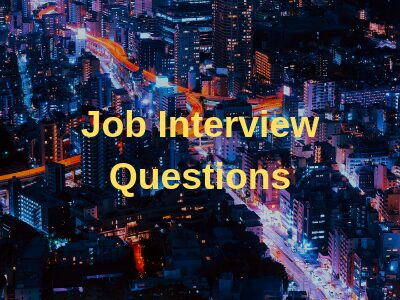 Java Server Faces (JSF) technology is a front end framework which makes the creation of user interface components easier by reusing the UI components. JSF is designed based on the Model View Controller pattern (MVC) which segregates the presentation, controller and the business logic.

A managed bean is a java class registered to JSF which makes the interaction between the UI and the business logic possible. Managed Beans can be created using @ManagedBean annotation. For a detailed example, please read JSF Managed Bean Example.

3. Define what are the three types of text fields tags provided by JSF?

The three types of text field tags are;

4. What is the significance of @ManagedProperty annotation?

The @ManagedProperty annotation enables us to inject a managed bean into another managed bean. To learn how it works, please read JSF Injecting Managed Bean.

5. Define what does @ApplicationScoped annotation indicate?

The @ApplicationScoped annotation indicates that the bean is valid as long as the web application is valid.

6. Define what is Resource bundling in JSF?

7. Explain the required and requiredMessage attribute of the tag?

The required attribute indicates that the field is mandatory when set to true. The required message attribute allows users to specify their own message for the UI components when the fields are mandatory. They are used for declarative validations in JSF view pages

8. What are the different types of Page Navigation supported in JSF?

The types of Page navigation supported in JSF are

There are six lifecycle phases namely;

10. Explain some of the attributes of tag?

Some of the important h: form tag attributes are;

11. What are the command component tags used for action and navigation?

The command component tags for performing action and navigation are

12. What are the Data Bound table components?

Some of the attributes of the h:dataTable tag are;

An event is defined as a signal triggered based upon the user actions such as the click of a button, hyperlink, changing the input value, etc. JSF tells the component to invoke the appropriate listener class that processes the event generated by the user.

14. How can we obtain the generated event?

The generated event can be obtained by calling event.getComponent as

15. Define what are the different types of JSF events?

There are three types of JSF events namely

16. Define what is a listener class?

17. Define what is the significance of the Facelets tag?

JSF provides a special set of tags that gives the flexibility to manage common tags/parts in one place for more than one application. These tags allow us to create a common layout that can be used across applications. You can include Facelets tags using below code;

18. Define what are some of the Facelets tags?

Some of the important facelets tags are;

19. Define what are the different types of validations in JSF?

There are two types of validations namely;

20. Define what are different types of expressions supported by JSF EL?

21. Define what are immediate and deferred value expressions?

Immediate expressions are evaluated and results are rendered as soon as the page is displayed initially. The syntax for immediate evaluation is ${}.

Deferred expressions are evaluated during the lifecycle phase whenever it is requested by the user. The syntax for deferred evaluation is #{expression}.

A method expression allows the user to invoke a public method of the bean that returns the result necessary for validating the data component and handling events.

24. Explain different ways of declaring a managed bean in JSF?

25. Define what is the significance of the name and eager attributes in a managed bean?

26. Mention some of the validator tags used in JSF?

27. Define what are the benefits of using JSF Framework?

Some of the benefits of using JSF framework are;

28. What are different JSF Converter tags?

30. Define what is a backing bean?

A JavaServer Faces application includes one or more backing beans, each of which is a type of managed bean that can be associated with the components used in a particular page.

32. Mention some of the functions that the backing bean method performs?

33. Define what are different implementations of JSF API?

35. How different components are rendered in JSF page?

JSF components are rendered in the XHTML pages by the tag libraries included, such as JSF core, HTML and Facelets tag libraries.

Yes, any number of faces configuration files can be used but should be declared in the web.xml file as shown below.

37. Define what are the differences between a Backing Bean and Managed Bean?

38. How to display error messages in JSF?

The h: messages tag shows all the error messages at one place corresponding to UI elements. The “for” attribute can be used to represent the field for which error message has to be displayed.

39. Define what is the significance of selectOne menu tag in JSF?

The selection enables users to select a single value from the list of values. This component can be rendered as a list box, a set of radio buttons or a menu.

42. Define what are the required configurations for the JSF framework?

There are two configuration files namely;

43. What is JSF Navigation Rule?

The rules provided by JSF Framework to describe the view to be shown when a button or link is clicked is called a navigation rule. For complete details

44. Define what is the role of JSF converter tags?

The converter tags convert the UI component’s data to object used in a managed bean and vice versa. For example, these tags can convert a text into date object and can validate the format of input as well.

45. List the benefits of data table tags in JSF?

46. How to implement internationalization (i18n) in JSF?

Internationalization is a mechanism in which status messages, GUI component labels, currency, date are stored outside the source code in resource bundles and retrieved dynamically rather than hardcoding in the program based on the user locale.

47. Define what is component rendering model?

A render kit defines how component classes map to component tags that are appropriate for a particular client.

49. Define what is view object?

A view object is a model object used specifically in the presentation tier but defined outside of it. It contains the data that must be displayed in the view layer and the logic to validate user input, handle events, and interact with the business-logic tier.

50. Define what do you mean by Bean Scope?

Bean scope is the mechanism of binding the beans and other objects to be available in the different components of a web application.

52. Can we have a JSF application without faces-config.xml?

53. Define what are some of the best practices for JSF application?

54. How do you compare JSF with Spring Framework?

55. Why JSF is not so popular as MVC framework like Spring MVC, even though it’s older?

Some of the reasons I could think of are;

56. Can we integrate JSF with other popular frameworks such as Spring, Hibernate, etc?

Yes, we can integrate JSF framework with Spring, Hibernate, JDBC, etc. Since JSF is more focused on view components, we can utilize it for user interface and other frameworks as backend server-side integration and ORM tools.