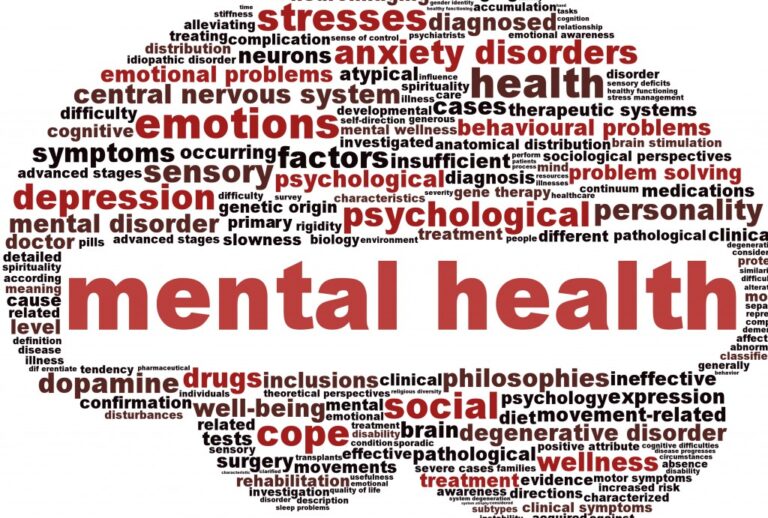 Today there is less stigma surrounding mental illnesses like anxiety and depression than there was 20 or 50 years ago. That is progress, but it does not apply to every mental health condition. Some diagnoses remain more prone to stigmatization and stereotyping in social conversations and in the public at large.

Of course, this stigmatization is most harmful for the people who have to live with these conditions. (Learn how people with bipolar and other mental disorders are learning to successfully manage their condition at FHE Health.) When a diagnosed mental health issue such as bipolar disorder or borderline personality disorder already takes hard work to manage, having to hear negative remarks or overhear typecasting can be very discouraging and can trigger more self-stigmatization.

The good news for anyone who has a mental illness that is often stigmatized is that they do not have to let stigma and stigmatization define their self-image or hijack their emotions and reactions. Here are five tips for coping that may mean the difference between reacting and feeling bad or just acknowledging, listening, and stepping back and making the best choice in the moment.

1. Remember that what people say reflects more about them than you

People talk and people can say things. Although not meant maliciously, these things can still be unhelpful and hard to hear. When they come up, or when people are not supportive, it can require a certain level of self-care and determination to focus more on how to react rather than on what people are saying.

The reality is that people will believe and say all kinds of things, some of which are not very nice. But that is on them: That is their view and their choices, and while it is not pleasant, the fact is it is real and something that human beings living with other human beings deal with every day. Even reading the news can turn into a shame spiral or anger outburst at all the “ridiculous” things other people believe—so it helps to remember that what people express and communicate is less about you than it is about them.

Ever notice that some grandmothers say whatever they think and really do not censor their words? That new dress looks “trashy,” the kids running around are “hellions,” and that restaurant was a “rip off.”

It can be very amusing to see how older people often do not really care about other’s reactions. This is just to illustrate a point (as many people, regardless of age, still care about other’s feelings and reactions). The point is, that people have an internal sense of right and wrong. Sometimes it is more important to focus on being okay with oneself and not being so caught up with everyone else. This is harder to do than it may seem but try to practice not taking things personally.

Generally, listen but be slow to respond. A psychological practice of mindfulness—(there is lots of great stuff on the Internet on this)—is one where we are present in the moment and “notice” rather than “judge” something. When done intentionally and consistently, this practice can turn bad days into good and snuff out the bad influences that cross our paths from time to time.

Next time something is said, or some people are stereotyped, or a comment is made that shows someone’s ignorance, just take a deep breath, go “um-hmm” and let it go. An emotionally aware person probably does not say those things, and someone who is too dumb to realize they are doing it will not respond well to correction. Much like changing the TV channel when a show that is not a favorite comes on, just change the channel. Divert the attention to something better. Don’t just curse the TV and keep watching the show that you don’t like—that is a waste of time.

4. Be quick to forgive

A mindset of forgiveness is one of the greatest gifts that anyone can receive. Let us face it: Who has not said something or gossiped, or made a comment that we wish could be taken back? Mouths often work faster than brains. Sticking that foot in the mouth happens to the best of us.

Being able to forgive, though, is a magical power. When people are forgiving (to self or to others), then the negative spell is broken. It might not be forgotten, but it is no longer an active process and can recede in the distance like a road sign on the freeway. It may even disappear entirely in the rearview mirror.

One of the best ways to rid oneself of resentments and injustices is to forgive, let go, and recognize the foolishness in holding on to these things, as well as the negative effects that come with not being willing to forgive.

Another good thing about working hard to forgive others is that it makes it easier to forgive oneself in times when that is necessary. As many people say in the South, “Bless their heart,” which basically means, “That person is an idiot, so let it go.”

5. Watch the self-talk, which is more influential than what others say

One of the things that happens when others believe or say something is that someone can internalize that and then it becomes self-talk. One comment from another is just that: one comment at one point in time. But, when outside thoughts become inside thoughts, they can get “re-published” many more times a day and can last forever. A comment that you are ugly, stupid, or not good enough can change the course of life—if it is believed to be true.

People will share stories of things their parents said, mean things they heard in school, or what an ex said at their break-up. These commentaries can alter the self-concept of someone so much that they become a different person, because believing it is true means that someone is not good and needs to be better to get the approval, love, security, etc., that they long for.

In psychology we call this ruminating, and often it is very negative and can make life tougher than it needs to be. Here again, when someone else shares their thoughts in a moment (or repeatedly), regardless of who or what, there comes a time to either accept and internalize these or to acknowledge it for what it is and to walk away with a sense of empowerment and positive self-regard.

Instead, look for the good that can be gleaned from people, situations, and efforts in life. Recognize shortcomings, but never define a person (whether self or others) as completely worthless. Watch the self-talk. It is a powerful thing.

This article was provided by Dr. Beau Nelson, DBH, LCSW, who is Chief Clinical Officer at the national behavioral health provider FHE Health.