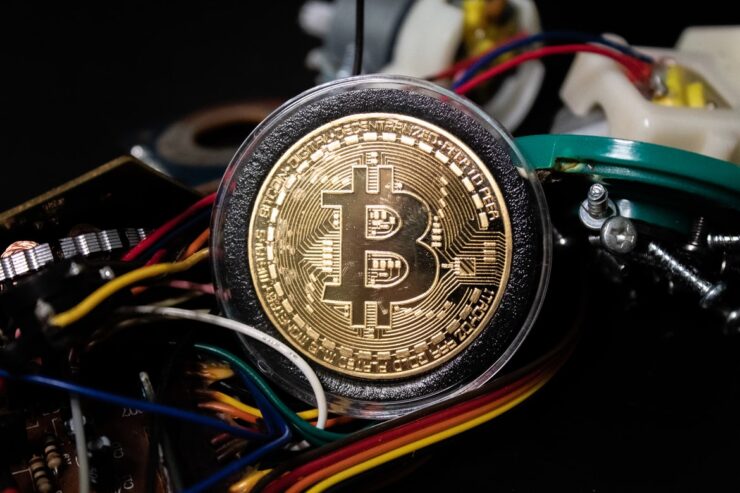 According to data, the current total circulating supply of bitcoin has reached 18.9 million, which is equivalent to 90% of the total supply of 21 million bitcoins. This means that by 2140, only 10% of the supply of bitcoin is left awaiting mining. Mining is one of the fundamental ways to obtain Bitcoin. Therefore, how to choose a high-quality and guaranteed miner becomes everyone’s primary consideration. While Zeus Mining provides miners with miner transactions, it also provides you with miner operation maintenance tools and parts. Click on the Zeus official website for more details.

The recent price trend of Bitcoin is not very optimistic. As of December 14, Bitcoin fell 0.08% to $48,967 per coin. Bitcoin’s monthly decline has reached 23%, and the weekly decline in early December even exceeded 10%.

According to relevant information, the Bitcoin network is the only form of digital cash that can solve the problem of double payment in a reasonable distribution and “trustless” way. It is enforced through its consensus protocol (operated by tens of thousands of nodes worldwide) The supply cap of 21 million bitcoins.

The predictability and immutability of currency properties are some of the core factors attracting Bitcoin investors. In the eyes of many investors, peer-to-peer digital currency is sound, and no one can increase or inherently decrease the supply of Bitcoin.

To different people, Bitcoin usually means different things. For example, people living in the United States or the United Kingdom may have the attribute of a store of value. Although the inflation rate of these countries has not soared sharply for many years, it has continued to erode purchasing power over the years. On the other hand, Bitcoin may be a significant financial asset for people in a war environment or extreme inflation rate.

The widespread adoption of Bitcoin around the world proves its diversity and “trustlessness” advantage to a certain extent. When a new block is mined, the predictable issuance of a new Bitcoin will be triggered every 10 minutes on average. Once, no matter how well people understand the currency network.

According to previous reports from the currency circle, Bitcoin inventor Satoshi Nakamoto dug up the genesis block of Bitcoin in 2009 and generated 50 Bitcoins. According to Bitcoin’s mechanism, there will be one new block every 10 minutes, and the reward will be halved every 210,000 blocks.

In other words, the reward for the first 210,000 blocks is 50 bitcoins; from the 210,001st block to the 420,000th block, the reward for each block is 25 bitcoins. According to the calculation of the output time of each block is about 10 minutes, the output time of every 210,000 blocks is about 4 years, so Bitcoin will usher in the block reward halving every 4 years.

It is worth noting that after 90% of Bitcoins were mined, Bitcoin Core developer Jimmy Song recently pointed out an interesting mathematical calculation on Twitter:

Will scarcity cause prices to soar?

As 90% of the total amount of Bitcoin has been mined, A certain magazine recently wrote an article that pointed out that as the global popularity and usage of the Bitcoin network continue to increase, the demand for Bitcoin continues to increase. As a result, there may be sudden and robust supply shocks. High end GPU’s, the massive influx of different mining operations have sparked all this. Cloud mining was an interesting phenomenon. You can learn more about it on this website.
The article believes that more than 90% of the bitcoin supply has been released. Scarcity has become more apparent, although the amount of bitcoin released cannot determine liquidity because the released bitcoin can and often is in the market. However, the fact is that most of the Bitcoin supply in circulation is held by entities with little or no history of selling.

Glassnode pointed out at the time: Although the mined bitcoins can be traded on the market, most of the bitcoins are held by people who have no intention of selling them.

“BitcoinMagazine” believes that this means that HODL memes are very influential in the Bitcoin community. Many people are committed to preserving their Bitcoins until Hyperbitcoinization occurs, that is, when Bitcoin reaches full monetization. Then, when they become an accounting unit, they can consume instead of sell.

In fact, most of the mined bitcoin supply is not very liquid. Nevertheless, some of the world’s largest bitcoin miners have begun to move into the HODL ranks this year. For example,  in November last year, Canadian miner Hut8 mining all the 256 bitcoins issued were delivered under custody. As of November 30 this year, the company has reserved 5,242 bitcoins.

Therefore, finally concluded optimistically: once people, institutions, and governments begin to realize how rare Bitcoin is, the fear of missing out will reach a whole new level, and supply shocks may be unavoidable. Because there is not enough supply to meet the sharply rising demand of hedge funds, central banks, and other prominent players, the price of Bitcoin will soar until the dollar collapses completely.